The Journal of Law and Policy at Brooklyn Law School has an interesting student note by Joshua A. Stein, Hitting Below the Belt: Florida's Taxation of Pay-Per-Pay Boxing Programming is a Content-Based Violation of the First Amendment. Stein concludes that:

Florida is one of numerous states to authorize a tax specific to telecasts of boxing. As these taxes are specific to a type of television programming, they should be held by courts to be content-based restrictions on speech. However, boxing and other sports have been denied the protections of the First Amendment because they are deemed to be non-expressive. An historical and literary analysis of boxing demonstrates that the sport satisfies the Spence test because boxers intend to express particularized messages which are understood by their audiences. When strict scrutiny is applied to taxes on boxing telecasts, the state's interest in raising revenue is outweighed by boxers'—and their promoters'—freedom of expression.

Stein quotes Norman Mailer at length in an attempt to show that "[a]lthough the expression inherent in boxing cannot be neatly categorized, it is expressive conduct that conveys a specific message that has a substantial likelihood of being understood nonetheless."

Ultimately, of course, the state's efforts in this regard will fail. As I noted earlier, once the internet pipes get big enough, the broadcasters of internet content will be beyond the reach of state sales tax assessors. Anyone who doesn't think that boxing matches can't be moved offshore simply does not remember "The Thriller In Manilla" 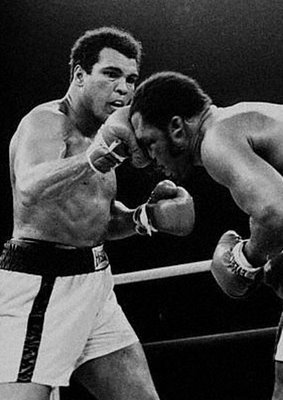 or the "The Rumble in the Jungle." 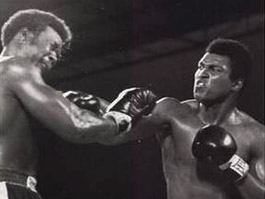