The following blogs have been added to the Tax and Business Law Commentary Google Co-Op search engine:

The Journal of the Business Law Society

I remain open to suggestions of weblogs and related sites to add to the search engine.
Posted by Stuart Levine at 8:35 PM No comments:

There has been a lot of hoo-ha in the media about how the voter shift to the Democrats was not nearly as great as is typically the case in mid-term elections. Just to check, I compared the overall vote for the House of Representatives in 1994 with the vote this year.

In 1994, allegedly a banner year for the Republicans, the Republicans got 51.5% of the popular vote for members of the House compared to 44.7% for the Democrats, a little less than a 7 point spread. See here.

This time out, the percentages were 57.7% for the Democrats and 41.8% for the Republicans, a little less than a 16 point spread. That is, better than double the spread of the Republicans in 1994. See here.

However, the total seats won by each party in the two elections were virtually the same, with the Republicans getting 230 seats in 1994 (and with 1 independent) and the Democrats getting 232 (with no independents) this year. The reason that the heavily Democratic vote did not translate into more seats is, no doubt, a testament to the improvements over the last decade in the art and science of gerrymandering.
Posted by Stuart Levine at 10:18 PM No comments: 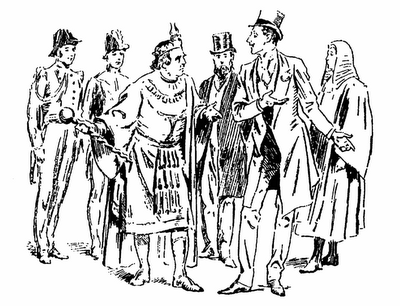 "As a result of Stalin's purges, and later destalinization, many photographs of officials from the periods show extensive airbrushing, often entire people have been removed. The term 'airbrushed out' has come to mean rewriting history to pretend that something was never there."

Just in case you've forgotten what this election is about.

Hat tip: Brainshrub.com and Eric.
Posted by Stuart Levine at 2:09 PM No comments:


An Aside on Employment Numbers

In a recent post, I commented on two articles in the WSJ, one in the news section and one on the Op-Ed page. The employment numbers used in the Op-Ed piece seemed to me not to be credible. After some investigation, I discovered that the Op-Ed piece used the so-called "household survey" which reported significantly greater employment growth than the "payroll (or establishment) survey."

I looked at the data more closely and must come down on the side of the establishment survey. The simple arithmetic looks like this. Social Security tax collections were up 5.35 percent in fiscal year 06 compared to fiscal year 05. The average weekly wage rose by 3.9 percent, which implies job growth of 1.4 percent. Reported job growth in the establishment survey matches this closely, at 1.44 percent. However, we know that the Labor Department will add in 810,000 jobs to its March 2006 number in its benchmarked revision (these additional jobs are wedged in over the prior 12 months). When the data is adjusted for these additional jobs, the establishment survey shows job growth of 1.9 percent for the fiscal year, substantially more rapid growth than is implied by the growth in Social Security tax receipts.

There are complicating factors here -- self-employed workers pay SS taxes, but are not counted in the establishment data, many government workers don't pay into SS -- but these are not likely to change the basic story. It is implausible that the establishment survey is understating job growth, and it may well be overstating it.

Posted by Stuart Levine at 11:11 PM No comments:

At least as long ago as 1947, it was widely known that cigarette smoking was unhealthy, hence the caption on this post from the title of a famous popular song of that year. Apparently, the people at the Tax Foundation haven't figured out that this represents a public health issue. They oppose an increase in cigarette excise taxes because of a perceived spur to the criminal enterprise of cigarette bootlegging. (And see here.)

As long ago as 1981, the cigarette industry realized that:

Given a prince elasticity of -0.4 for total cigarette sales and -1.2 for teenage smoking participation, a 25 percent increase in the excise tax could be expected to reduce industry sales to about 1.2 percent below what would be expected in the absence of such an increase, and to reduce the number of teenage smokers to 3.5 to. 4.0 percent.

As even the Tax Foundation admits, cigarettes are highly addictive. The ability to quit is related to the age at which one begins smoking--it's easier to quit the later you begin. Although I've seen no specific studies on this, one must assume that price elasticity is even more pronounced among younger teens. Thus, it makes good public health policy to increase the cost of cigarette consumption by increasing excise taxes. Thus, increasing excise taxes will have its greatest impact on those physically most at risk and will have positive effects for years going forward.

The Cato study cited by TF is fairly irrelevant. It deals with cigarette smuggling into New York state and New York City which had high excise taxes relative to the rest of the country. The conclusion, that excise taxes always increase bootlegging, is simply not supportable. The correct conclusion is that excise taxes that are higher than those in jurisdictions that smugglers can easily travel to and from (e.g., North Carolina) can trigger an increase in criminal activity. However, that is not likely to be the case if, for instance, taxes are increased by a majority of all taxing jurisdictions. Moreover, to the extent that high excise taxes, coupled with a variety of other anti-smoking programs, reduce teen smoking, over time the demand (and the profit in smuggling) will decline. In fact, that's exactly what's been happening for a number of years.

Finally, in 2003, a California study concluded that "[p]reviously published studies that analyzed data from various time periods between 1950 and 2000 have estimated that 2% to 6% of cigarettes are smuggled within the United States" and that "the tobacco industry exaggerates smuggling claims." Thus, it's not at all clear that any increase in cigarette bootlegging is a major criminal problem.
Posted by Stuart Levine at 12:09 PM No comments:

The other two, Docuticker and Open CRS Network, have a large amount of research material. While the majority of the material on those sites is not tax or business related, the quality of what can be found there makes it almost imperative that these sites be included in the search engine.
Posted by Stuart Levine at 6:42 PM No comments: