The BBC is reporting that CBS's Sixty Minutes will report this weekend that a "US no-fly list used to try to prevent terror attacks [created after 9-11] includes the names of 14 of the long-dead 11 September hijackers." However:

[T]he names of the 11 British suspects recently accused of a plot to blow up airliners flying to the US were not included on the list.

Cathy Berrick, director of Homeland Security investigations for the General Accounting Office told CBS that this was due to concerns that the list could end up in the wrong hands.

As Dr. Strangelove once pointed out, some things have to be made public in order to work:

Yes, but the... whole point of the doomsday machine... is lost... if you keep it a secret! Why didn't you tell the world, eh?

Thing are not nearly as bleak as they may first seem, however. I have obtained a photograph of one of the people on the list, Robert Johnson: 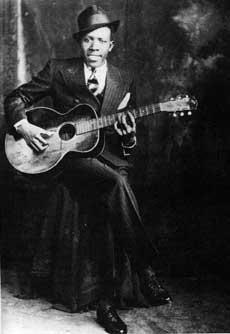 Be on the lookout!