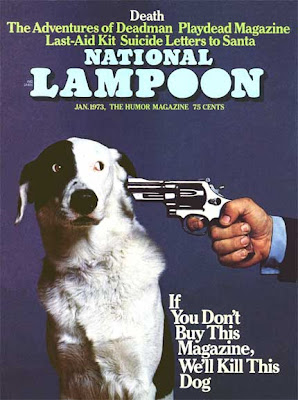 Posted by Stuart Levine at 6:24 PM

interesting. I love National Lampoons by the way. Thanks for the read. :)